This morning Huffington Post Gay Voice posted about gay rumors among American presidents. The blog was interesting but nothing I’d never heard before. What was the most interesting to me were some of the reader comments under the post. I know, I know the reader comments can be kooky from time to time, but I think they are sometimes more revealing than the blog post itself. 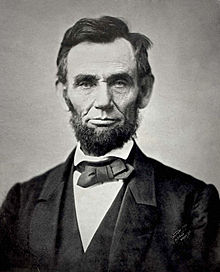 The readers’ comments let you know what the community of users or readers is thinking. The general feeling of this particular topic, gay presidents—who cares it’s no body’s business. I disagree. A lot of folks care. Just ask the percentage of LGBTQ people in the United States—they care. Better yet ask the homophobic population of this country—they care.

So why does it matter? It matters for so many reasons. A community like the LGBTQ community has a long history, in reality, but officially the community’s history is pretty short. It is pieced together using documents filled with innuendo or coded reference to sexuality. Queer people are now in a position to go back in time and claim our history.

The LGBTQ community needs a group memory to know our place in history. Queering historical figures gives us those memories and establishes our place in American history, but, more importantly, it empowers the community. Figures like Lincoln, the emancipator, the man who saved the Union, the man who may have even slayed thousands of vampires (OK so maybe not the last one), are important to LGBTQs just the same as they are important to every other American—they are part of our identity. And if those figures also happen to be queer, then our queer identity is legitimized that much more.

Maybe a person’s sexuality is no one’s business—and for most ordinary citizens I might agree. But sometimes it is our business. Sometimes we should make it our business.

For those of you who aren’t familiar with the story behind the queer Abraham Lincoln here are some great pieces to get you caught up. The first is from Salon. It was written in 1999 after activists Larry Kramer spoke in Wisconsin about the first gay president. This is a more current piece written around the time that the recent release of the biopic Lincoln. Finally, for a more academic look at the queering of Lincoln, this book chapter by Charles E. Morris III is incredible.

Assistant professor of journalism at University of Memphis. View all posts by robertdbyrd